View basket “The Jena 6 (DVD)” has been added to your basket.
Out of stock 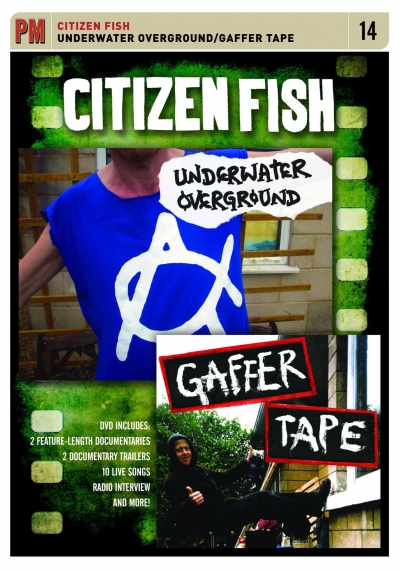 Two documentaries about punk-ska band Citizen Fish who live in South West England and spend large chunks of life playing their one-off brand of music to people who don’t. Bassist Jasper takes his video camera in and out of tour vans and people’s faces along the way – and this is what it looks and sounds like: clips of interviews, scenery, gigs, people, music and ‘things that happen’, meshed together to give a wide-angle picture of a band on (and off) tour.

Underwater Overground is the new film (2008) about the further adventures of the band as they tour in the UK, the USA and Europe. Jasper has been busy again with his video camera as the band toured England and Wales, the USA (four different tours), the Czech Republic and Poland, with other bands including Leftover Crack, Sainte Catherines, Witch Hunt, Intro5pect, Prague Ska Conspiracy, MDC and Subhumans. (63 min)