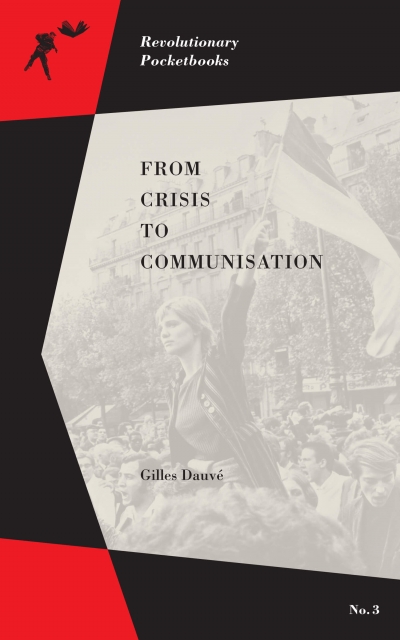 From Crisis to Communisation

Radical theory is meaningful if it addresses this question: how can proletarian resistance to exploitation and dispossession achieve more than aggravate the crisis? How can it reshape the world?

“Communisation” means something quite straightforward: a revolution that starts to change social relations immediately. It would extend over years, decades probably, but from Day One it would begin to do away with wage-labour, profit, productivity, private property, classes, States, masculine domination, etc. There would be no “transition period” in the Marxist sense, no period when the “associated producers” continue furthering economic growth to create the industrial foundations of a new world. Communisation means a creative insurrection that would bring about communism, not its preconditions.

Thus stated, it sounds simple enough. The questions are what, how, and by whom. That is what this book is about.

Communisation is not the be-all and end-all that solves everything and proves wrong all past critical theory. The concept was born out of a specific period, and we can fully understand it by going back to how people personally and collectively experienced the crises of the 1960s and ’70s. The notion is now developing in the maelstrom of a new crisis, deeper than the Depression of the 1930s, among other reasons because of its ecological dimension, a crisis that has the scope and magnitude of a crisis of civilisation.

This is not a book that glorifies existing struggles as if their present accumulation was enough to result in revolution. Radical theory is meaningful if it addresses this question: how can proletarian resistance to exploitation and dispossession achieve more than aggravate the crisis? How can it reshape the world?