View basket “Revolution and Other Writings: A Political Reader” has been added to your basket. 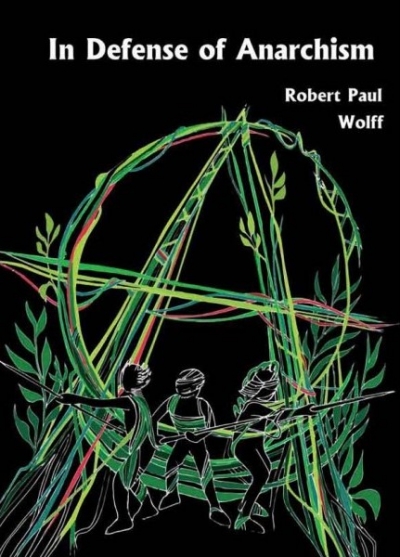 In Defense of Anarchism

A classical work in anarchist scholarship. Wolff specifically defends individualist anarchism; the book is premised on the idea that individual autonomy and state authority are mutually exclusive and, as individual autonomy is inalienable, the moral legitimacy of the state thus collapses.

The book is structured in three parts: “The Conflict between Authority and Autonomy,” “The Solution of Classical Democracy,” “Beyond the Legitimate State,” and an appendix, “Appendix: A proposal for Instant Direct Democracy.”  The book opens with Part I, “The Conflict between Authority and Autonomy,” which Wolff begins by positing as the essence of modern political philosophy “how the moral autonomy of the individual can be made compatible with the legitimate authority of the state.” As an anarchist, he believes that it cannot be. What follows is Wolff’s account of authority and Kantian autonomy, and the incompatibility of the two.

Part II, “The Solution of Classical Democracy,” is Wolff’s account of democratic liberalism, the dominant political structure of the late 20th century. He investigates unanimous direct democracy, representative democracy, and majoritarian democracy, drawing on Rawlsian arguments for the practicality of consensus decision-making. Wolff argues that consensus is limited by the requirement that participants are generally rational and altruistic, and that the community in question is not too large.[1] He goes on to critique the notion of democratic representation, pointing out that representation is an illusion as representatives do not obey the wishes of their constituents, and that it is impossible not to distinguish between the rulers and the ruled in a representational system.

In Part III, “Beyond the Legitimate State,” Wolff arrives at the foreshadowed conclusion that because autonomy and the legitimacy of state power are incompatible, one must either embrace anarchism or surrender one’s autonomy, as Thomas Hobbes proposed, to whichever authority seems strongest at the time. Democracy, in this schema, is no better than dictatorship, a priori, as both require forsaking one’s autonomy.