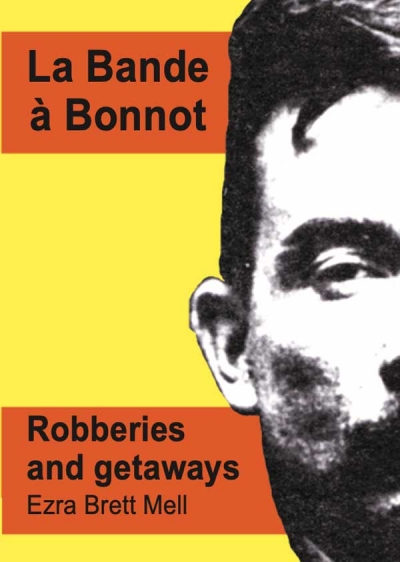 An a6 pamphlet exploring the activities of The Bonnot Gang. Written by Ezra Brett Mell

Originally published in the 1960’s, this fascinating pamphlet provides a short history of the Bonnot Gang, what they did, and how they were regarded by the wider public, and it also includes a trial statement from one of the gang.

The Bonnot Gang was a French criminal anarchist group that operated in France and Belgium between 1911 and 1912. Composed of individuals who identified with emerging anarchist ideology and thought, the gang utilized cutting-edge technology (including automobiles and repeating rifles) not yet available to the French police. Bonnot himself was gunned down by French police in April 1912, and was mourned by large sections of the anarchist left in France, Europe and beyond….