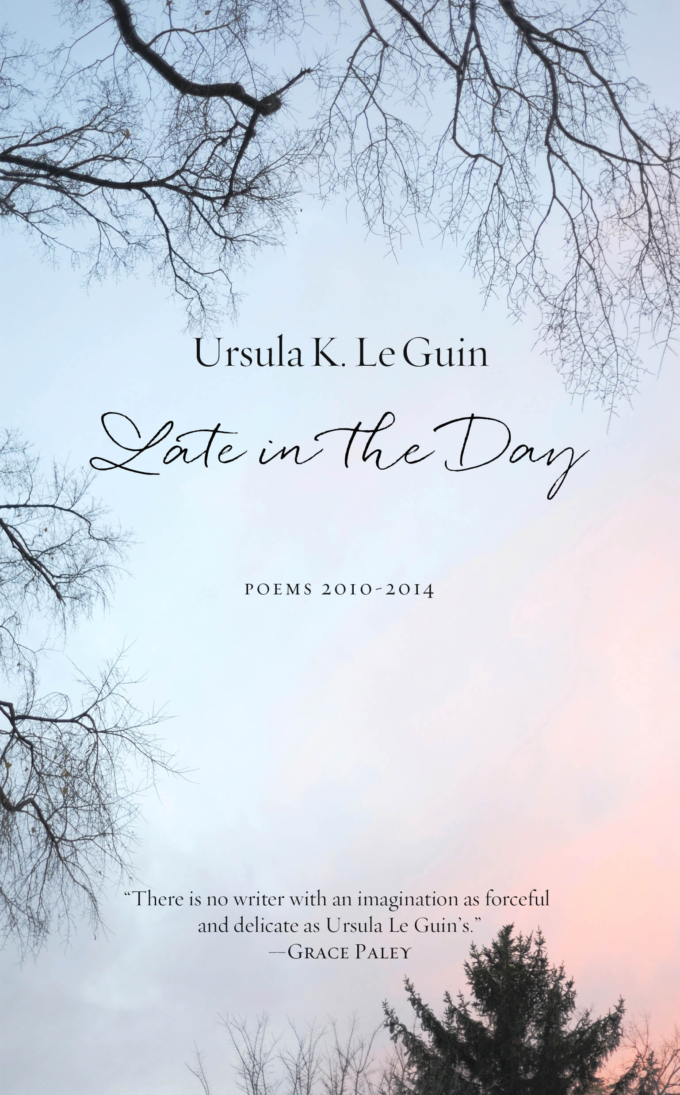 Le Guin gives voice to objects that may not speak a human language but communicate with us nevertheless through and about the seasonal rhythms of the earth, the minute and the vast, the ordinary and the mythological.

Late in the Day, Ursula K. Le Guin’s new collection of poems, seeks meaning in an ever-connected world. In part evocative of Neruda’s Odes to Common Things and Mary Oliver’s poetic guides to the natural world, Le Guin gives voice to objects that may not speak a human language but communicate with us nevertheless through and about the seasonal rhythms of the earth, the minute and the vast, the ordinary and the mythological.

As Le Guin herself states, “science explicates, poetry implicates.” Accordingly, this immersive, tender collection implicates us (in the best sense) in a subjectivity of everyday objects and occurrences. Deceptively simple in form, the poems stand as an invitation both to dive deep and to step outside of ourselves and our common narratives. As readers, we emerge refreshed, having peered underneath cultural constructs toward the necessarily mystical and elemental, no matter how late in the day.

These poems of the last five years are bookended with two short essays, “Deep in Admiration” and “Form, Free Verse, Free Form: Some Thoughts.”

As of 2015, Ursula K. Le Guin has published twenty-two novels, eleven volumes of short stories, four collections of essays, twelve books for children, six volumes of poetry and four of translation, and has received many awards: Hugo, Nebula, Locus, World Fantasy, National Book Award, PEN-Malamud, etc. In 2014, Le Guin was awarded the Medal for Distinguished Contribution to American Letters by the National Book Foundation, a lifetime achievement award. Her acceptance speech, which criticized Amazon as a “profiteer,” and praised her fellow authors of fantasy and science fiction, was widely considered the highlight of the ceremony. She lives in Portland, Oregon.

See and hear author interviews, book reviews, and other news on the Author’s page HERE