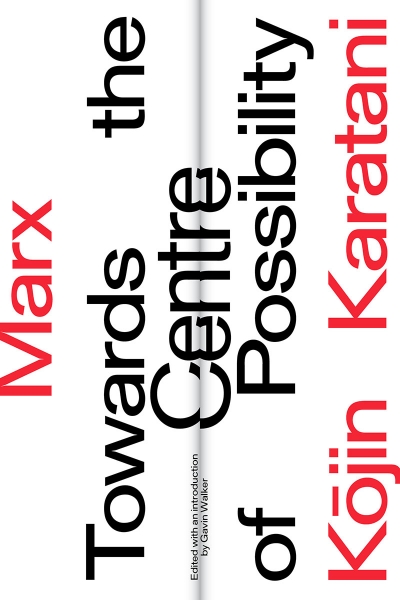 Marx: Towards the Centre of Possibility

Originally published in 1974, Kojin Karatani’s Marx: Towards the Centre of Possibility has been among his most enduring and pioneering works in critical theory. Written at a time when the political sequences of the New Left had collapsed into crisis and violence, with widespread political exhaustion for the competing sectarian visions of Marxism from 1968, Karatani’s Marx laid the groundwork for a new reading, unfamiliar to the existing Marxist discourse in Japan at the time.

Karatani’s Marx takes on insights from semiotics, deconstruction, and the reading of Marx as a literary thinker, treating Capital as an intervention in philosophy that could be read as itself a theory of signs. Marx is unique in this sense, not only because of its importance in post-’68 Japanese thought, but also because the heterodox reading of Marx that Karatani debuts in this text, centred on his theory of the value-form, will go on to form the basis of his globally influential work.