View basket “Solidarity Unionism at Starbucks” has been added to your basket. 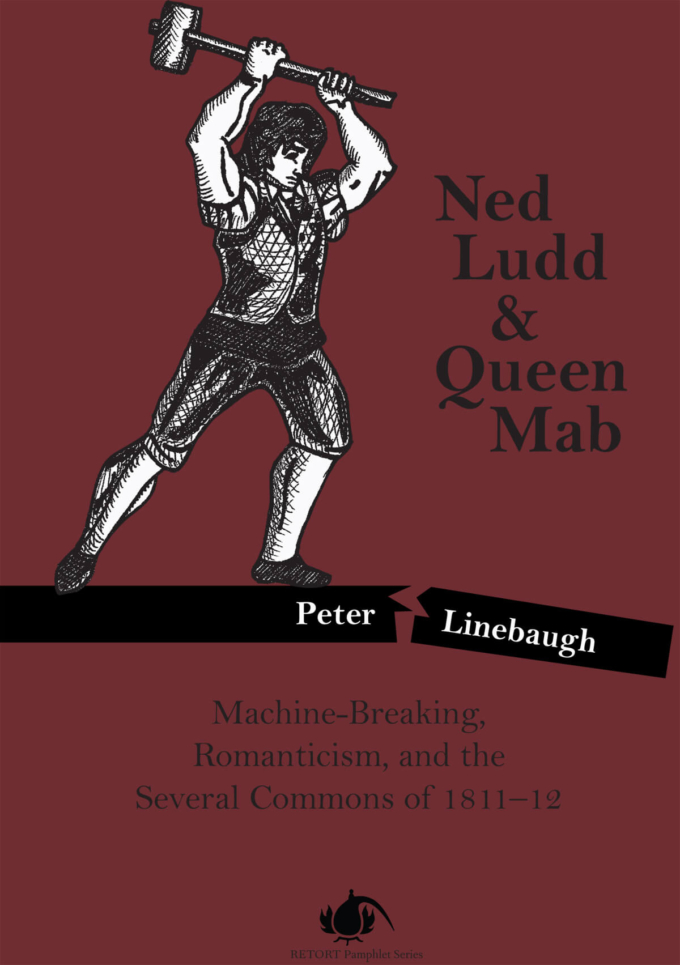 Linebaugh enlists the anonymous and scorned 19th century loom-breakers of the English midlands into the front ranks of an international crew of commoners resisting dispossession in the dawn of capitalist modernity.

Peter Linebaugh, in an extraordinary historical and literary tour de force, enlists the anonymous and scorned 19th century loom-breakers of the English midlands into the front ranks of an international, polyglot, many-colored crew of commoners resisting dispossession in the dawn of capitalist modernity.

“Sneering at the Luddites is still the order of the day. Peter Linebaugh’s great act of historical imagination stops the scoffers in their tracks. It takes the cliche of ‘globalization’ and makes it live: the Yorkshire machine-breakers are put right back in the violent world economy of 1811-12, in touch with the Atlantic slave trade, Mediterranean agribusiness, the Tecumseh rebellion, the brutal racism of London dockland. The local and the global are once again shown to be inseparable—as they are, at present, for the machine-breakers of the new world crisis.” —T.J. Clark, author of The Absolute Bourgeois and Image of the People

“E.P. Thompson, you may rest now. Linebaugh restores the dignity of the despised luddites with a poetic grace worthy of the master. By a stunning piece of re-casting we see them here not as rebels against the future but among the avant-garde of a planetary resistance movement against capitalist enclosures in the long struggle for a different future. Byron, Shelley, listen up! Peter Linebaugh’s Ned Ludd and Queen Mab does for ‘technology’ what his London Hanged did for ‘crime.’ Where was I that day in Bloomsbury when he delivered this commonist manifesto for the 21st century? The Retort Pamphet series is off to a brilliant start.” —Mike Davis, author of Planet of Slums and Buda’s Wagon

Peter Linebaugh is the author of The London Hanged (London: Penguin, 1991), The Magna Carta Manifesto (University of California Press, 2008), and with Marcus Rediker, The Many-Headed Hydra (Beacon Press, 2000). He has written introductions to a book of Thomas Paine’s writing (Verso, 2009) and to a new edition of E.P. Thompson’s, William  Morris: Romantic to Revolutionary (PM Press, 2011). He works at the University of Toledo in Ohio.
Product Details: