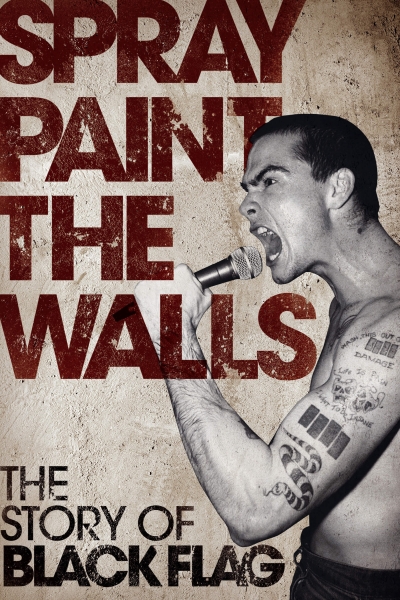 Spray Paint the Walls: The Story of Black Flag

Black Flag’s hardcore story from the inside, drawing on exclusive interviews with the group’s members, their contemporaries, and the bands they inspired. “A gory-gobsmacking read!”

Black Flag were the pioneers of American Hardcore, and this is their blood-spattered story.

Formed in Hermosa Beach, California, in 1978, for eight brutal years they made and played brilliant, ugly, no-holds-barred music on a self-appointed touring circuit of America’s clubs, squats, and community halls. They fought with everybody: the police, the record industry and even their own fans. They toured overseas on pennies a day and did it in beat-up trucks and vans.

Spray Paint the Walls tells Black Flag’s story from the inside, drawing on exclusive interviews with the group’s members, their contemporaries, and the bands they inspired. It’s the story of Henry Rollins, and his journey from fan to iconic frontman. And it’s the story of Greg Ginn, who turned his electronics company into one of the world’s most influential independent record labels while leading Black Flag from punk’s three-chord frenzy into heavy metal and free-jazz. Featuring over 30 photos of the band from Glen E. Friedman, Edward Colver, and others.

About the Author:
Stevie Chick has been writing about music for more than ten years, contributing to such titles as MOJO, The Guardian, Kerrang!, NME, Melody Maker and Careless Talk Costs Lives and editing underground rock magazine Loose Lips Sink Ships with photographer Steve Gullick. He is the author of Psychic Confusion: The Sonic Youth Story. He lives in South London.