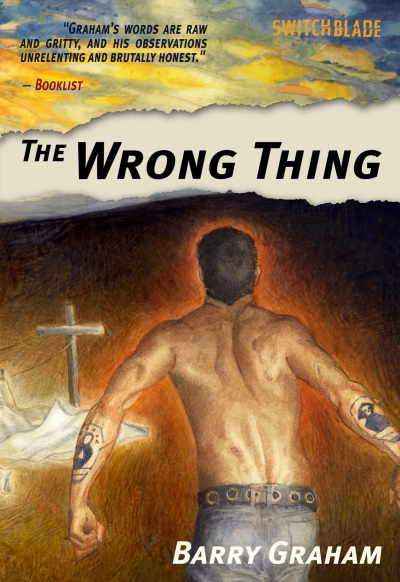 The dark ghost who haunts every blood-spattered crime scene in Phoenix does exist. “The Kid” has a love of cooking and reading with an appetite for violence, but he’s ready to escape into the arms of the beautiful Vanjii.

They call him the Kid. He’s a killer, a dark Latino legend of the Southwest’s urban badlands, “a child who terrifies adults.” They speak of him in whispers in dive bars near closing time. Some claim to have met him. Others say he doesn’t exist, a phantom blamed for every unsolved act of violence, a ghost who haunts every blood-splattered crime scene.

But he is real. He’s a young man with a love of cooking and reading, an abiding loneliness and an appetite for violence. He is a cipher, a projection of the dreams and nightmares of people ignored by Phoenix’s economic boom…and a contemporary outlaw in search of an ordinary life. Love brings him the chance at a new life in the form of Vanjii, a beautiful, damaged woman. But try as he might to abandon the past, his past won’t abandon him. The Kid fights back in the only way he knows – and sets in motion a tragic sequence of events that lead him to an explosive conclusion shocking in its brutality and tenderness.

About the Author:
Dogo Barry Graham is an award-winning, internationally-acclaimed author and journalist. In addition to five published books, he has written for a wide diversity of magazines and newspapers, including Harper’s, Flaunt, Parabola, Las Vegas Life, The Arizona Republic and Scotland on Sunday. His meticulous reporting and colorful storytelling has resulted in more than one corrupt politician leaving office. A former boxer, he is also a Zen monk, and serves as the Abbot of The Sitting Frog Zen Center in Phoenix, Arizona. A native of Scotland, he has travelled widely and has lived in the U.S. since 1995.