View basket “Blackwater: Mercenary Army (CD)” has been added to your basket. 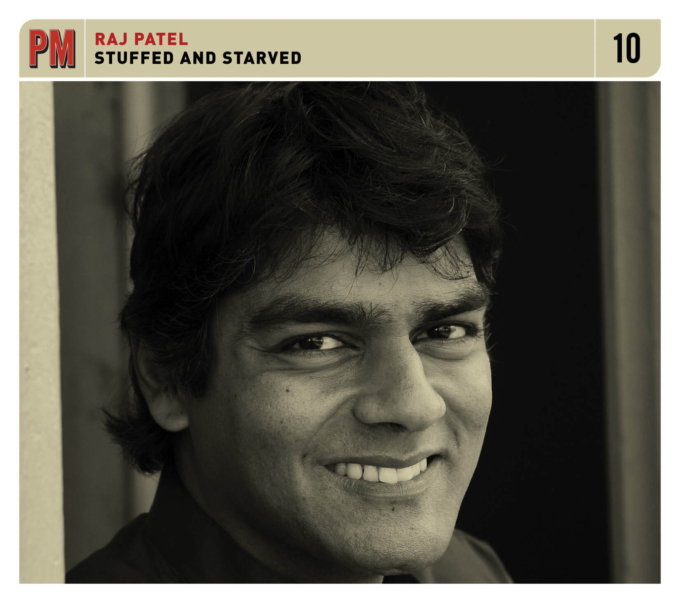 How can starving people also be obese?
Why does everything have soy in it?
How do petrochemicals and biofuels control the price of food?

It’s a perverse fact of modern life: There are more starving people in the world than ever before (800 million) while there are also more people overweight (1 billion).

On this audio CD, Raj Patel talks about his investigation to find out how we got to this point and what we can do about it. His research took him from the colossal supermarkets of California to India’s wrecked paddy-fields and Africa’s bankrupt coffee farms, while along the way he ate genetically engineered soy beans and dodged flying objects in the protestor-packed streets of South Korea. What he found was shocking, from the false choices given us by supermarkets to a global epidemic of farmer suicides, and real reasons for famine in Asia and Africa.

Yet he also found great cause for hope–in international resistance movements working to create a more democratic, sustainable and joyful food system. Going beyond ethical consumerism, Patel explains, from seed to store to plate, the steps to regain control of the global food economy, stop the exploitation of both farmers and consumers, and rebalance global sustenance.

About Raj Patel:
Raj Patel is a writer, activist and former policy analyst with Food First. He has worked for the World Bank, the WTO, and the United Nations, and has also protested them on four continents. He is the author of Stuffed and Starved: The Hidden Battle for the World Food System.