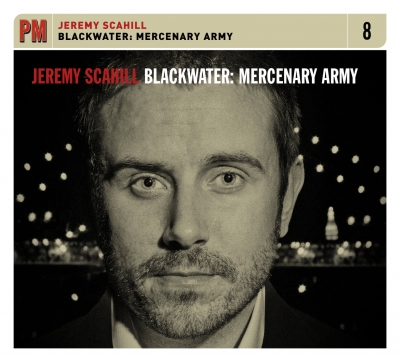 Jeremy Scahill
This Award winning journalist takes us from the bloodied streets of Iraq to hurricane-ravaged New Orleans to the chambers of power in Washington, to expose Blackwater as the frightening new face of the U.S. war machine.

The explosive story of Blackwater, a company that rose a decade ago from Moyock, North Carolina, to become one of the most powerful players in the war on terror, is told on this audio CD. Exposing Blackwater as the frightening new face of the U.S. war machine, the author discusses the topics and research of his bestselling Blackwater book—from the bloodied streets of Iraq to hurricane-ravaged New Orleans and the chambers of power in Washington, DC.

Jeremy Scahill is the author of the bestseller Blackwater: The Rise of the World’s Most Powerful Mercenary Army. He is the recipient of the Polk Award for journalism and a frequent contributor to The Nation magazine and Democracy Now!