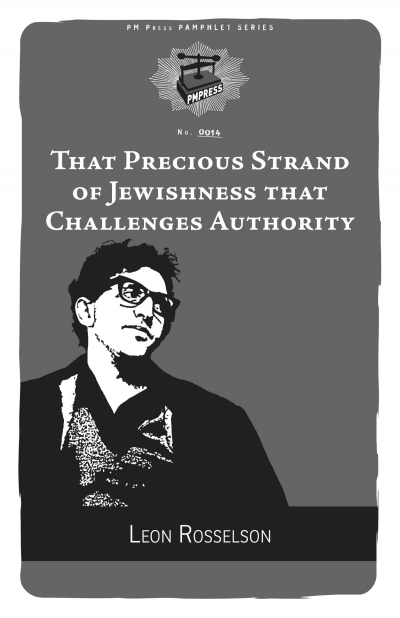 That Precious Strand of Jewishness That Challenges Authority

Leon Rosselson
Pertinently, Rosselson questions what being a Jew means—is it adherence to Judaism as a religion, an ethnicity, a citizen of Israel, or someone who eats “chicken soup with knedlach”?

“For my parents and grandparents, Jewish identity, in religion, culture and language, was a given. Not so for me. I’m not religious, not a Zionist, so in what consists my Jewishness? Is a love of chopped liver and a belief that chicken soup cures all ills enough? And does it matter? This is the story of my search for answers. It is an argument with myself, with song lyrics to embellish the argument.”

Like so many of those others in Britain of Jewish lineage, songwriter and award-winning folk singer Leon Rosselson is descended from antecedents who fled pogroms in eastern Europe. Pertinently, he questions what being a Jew means—is it adherence to Judaism as a religion, an ethnicity, a citizen of Israel, or someone who eats “chicken soup with knedlach”? He describes clearly and with historical insight how any concept of “Jewishness” can involve all of those things and more. In his own life, he has decided to pick and choose from this tradition and history and build on what he deems to be the progressive, humane, and universalist values of that Jewish background.

Rosselson is a strong supporter of Palestinian rights, seeing in the victimization of Palestinians by the state of Israel parallels with historical Jewish persecution. He concludes this short essay by stating: “I share with the growing number of Jews in the diaspora who place solidarity with the oppressed above demands of tribalism and with those in Israel who dare to stand against the powers that be.”

About the Author:
Leon Rosselson has been at the forefront of songwriting in Britain for over five decades. He has performed in every conceivable venue around the country and toured North America, Canada, Holland, Belgium, Switzerland, and Australia. He has published two songbooks and released thirteen CDs plus a four-CD box set of seventy-two songs spanning fifty years of songwriting. He has also had seventeen children’s books published, the first of which, Rosa’s Singing Grandfather, was shortlisted for the Carnegie Medal.