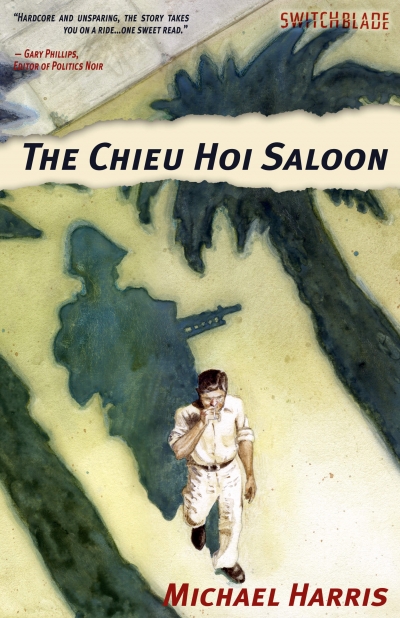 A gripping story with three lives colliding against the flaming backdrop of the Rodney King riots in LA.

It’s 1992 and three people’s lives are about to collide against the flaming backdrop of the Rodney King riots in Los Angeles. Vietnam vet Harry Hudson is a journalist fleeing his past: the war, a failed marriage, and a fear-ridden childhood. Rootless, he stutters, wrestles with depression, and is aware he’s passed the point at which victim becomes victimizer. He explores the city’s lowest dives, the only places where he feels at home. He meets Mama Thuy, a Vietnamese woman struggling to run a Navy bar in a tough Long Beach neighborhood, and Kelly Crenshaw, an African-American prostitute whose husband is in prison. They give Harry insight that maybe he can do something to change his fate in a gripping story that is both a character study and thriller.

About the Author:
Michael Harris grew up in a little railroad town in Northern California, in the loom of Mt. Shasta, whose mystic influence shadowed him from the University of Oregon to Harvard to the Iowa Writers’ Workshop. An Army veteran of Vietnam, he has worked as a Forest Service aide, a janitor and an English conversation teacher in Tokyo. For 30 years, he was a reporter, editor and book reviewer for West Coast newspapers, including the Los Angeles Times. Like his alter ego, Harry Hudson, he stutters and is a gloomy cuss. He lives with his wife in Long Beach; they have a grown son. The Chieu Hoi Saloon is his first novel.