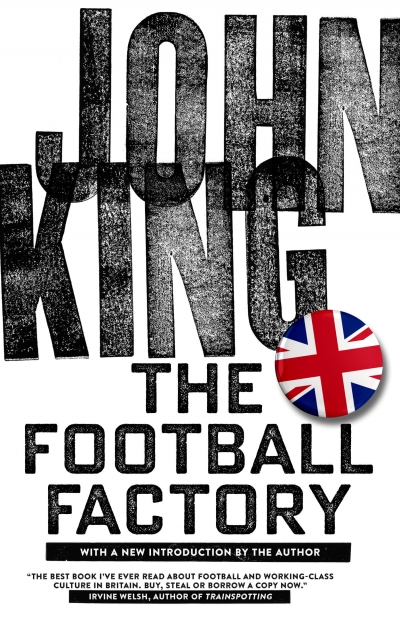 The Football Factory is a graphic and disturbing, at times funny tale of modern-day pariahs, people reduced to statistics by years of hypocritical, self-serving party politics. It is about the insulted, marginalised, unseen.

The Football Factory is driven by its two main characters—late-twenties warehouseman Tommy Johnson and retired ex-soldier Bill Farrell. Tommy is angry at his situation in life and those running the country. Outside of work, he is a lively, outspoken character, living for his time with a gang of football hooligans, the excitement of their fights and the comradeship he finds with his friends. He is a violent man, at the same time moral and intelligent.

Bill, meanwhile, is a former Second World War hero who helped liberate a concentration camp and married a survivor. He is a strong, principled character who sees the self-serving political and media classes for what they are. Tommy and Bill have shared feelings, but express their views in different ways. Born at another time, they could have been the other. As the book unfolds both come to their own crossroads and have important decisions to make.