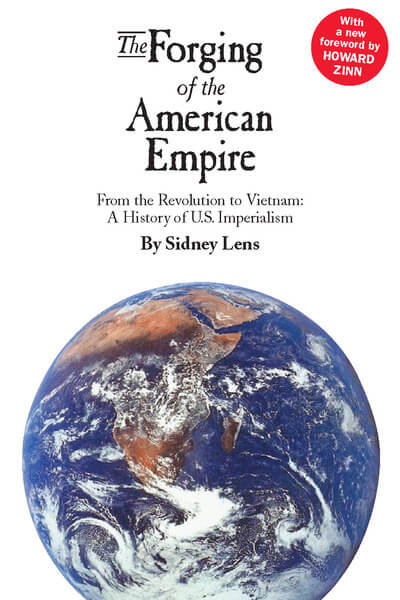 The Forging of the American Empire

This classic book is the first truly comprehensive history of American imperialism.

This is the story of a nation—the United States—that has conducted more than 160 wars and other military ventures while insisting it loves peace.

In the process, the US has forged a world empire while maintaining its innocence of imperialistic designs. From Mexico to Lebanon, from China to the Dominican Republic, from Nicaragua to Vietnam, the US has intervened regularly in the affairs of other nations.

Yet the myth that Americans are benevolent, peace-lving people who will fight only to defend the rights of others lingers on. Excesses and cruelties, though sometimes admitted, usually are regarded as momentary aberrations.

In this comprehensive history of American imperialism, Sidney Lens punctures the myth once and for all by showing how the US, from the time it gained its own independence, has used every available means—political, economic, and military—to dominate other peoples.