View basket “Report from Planet Midnight” has been added to your basket. 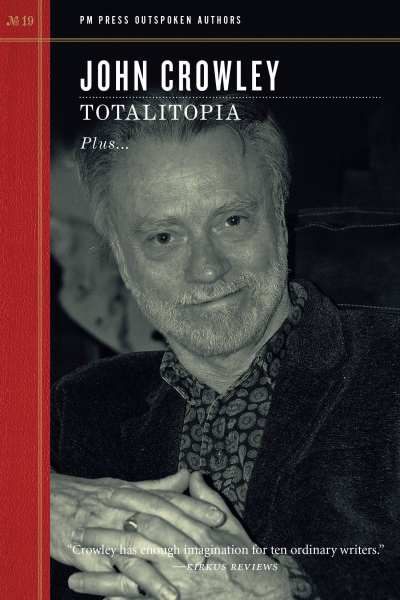 A wry how-to guide for building utopias out of the leftovers of modern science fiction.

John Crowley’s all-new essay “Totalitopia” is a wry how-to guide for building utopias out of the leftovers of modern science fiction. “This Is Our Town,” written especially for this volume, is a warm, witty, and wonderfully moving story about angels, cousins, and natural disasters based on a parochial school third-grade reader. One of Crowley’s hard-to-find masterpieces, “Gone” is a Kafkaesque science fiction adventure about an alien invasion that includes door-to-door leafleting and yard work. Perhaps the most entertaining of Crowley’s “Easy Chair” columns in Harper’s, “Everything That Rises” explores the fractal interface between Russian spiritualism and quantum singularities—with a nod to both Columbus and Flannery O’Connor. “And Go Like This” creeps in from Datlow’s Year’s Best, the Wild Turkey of horror anthologies.

Plus: There’s a bibliography, an author bio, and of course our Outspoken Interview, the usual cage fight between candor and common sense.

John Crowley was born in 1942, grew up in Greenwich Village, Vermont, Kentucky, and northern Indiana, graduated from Indiana University, and after moving to New York worked writing documentary films. He began publishing fiction in 1975, starting with three science fiction novels (The Deep, Beasts, and Engine Summer). His later novels are less categorizable. He won the Award for Literature of the American Academy of Letters in 1992 and the World Fantasy Award three times. His novels include Little, Big; the four-volume Ægypt Cycle, and most recently, Four Freedoms. His documentary films include studies of the 1939 World’s Fair, the Tiananmen Square incident, and the Pearl Harbor attack. Since 1993 he has taught creative writing at Yale University.