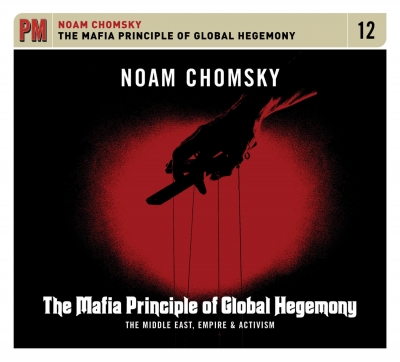 Noam Chomsky
The world’s most influential living intellectual, Noam Chomsky, holds forth on the root causes of the conflicts in the Middle East, and talks about hopes for future social change.

About Noam Chomsky:
Noam Chomsky was born in Philadelphia, Pennsylvania, on December 7, 1928. He studied linguistics, mathematics, and philosophy at the University of Pennsylvania. In 1955, he received his Ph. D. from the University of Pennsylvania. Since receiving his Ph. D., Chomsky has taught at Massachusetts Institute of Technology, where he is Institute Professor in the Department of Linguistics and Philosophy. His work is widely credited with having revolutionized the field of modern linguistics. Chomsky is the author of numerous best-selling political works, which have been translated into scores of languages worldwide.

1. U.S. Policy in Middle East
2. Iran and the “International Community”
3. Nuclear Weapons Free Zones
4. Iran and the “Mafia Principle”
5. The Double Standard of Nuclear Non-Proliferation
6. Anti-Missile Systems as a First Strike
7. “Reconceptualizing” Israel/Palestine
8. All Settlements are Illegal
9. Politicide
10. The Right of Self-Defense by Force
11. Israel and Hamas
12. U.S. Should Be the Target of Activism
13. Anger at Injustice
14. Young People and Middle East Peace
15. Is A One State Solution the Solution?
16. Honduran Coup
17. Progressive Jews and Illegal Settlements