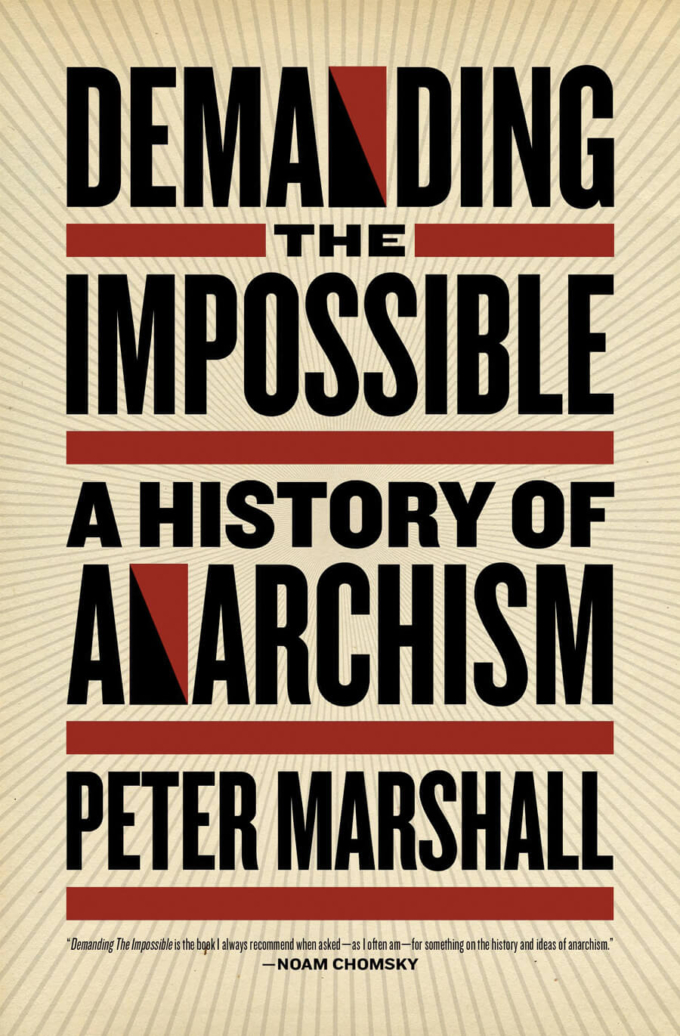 Demanding the Impossible: A History of Anarchism

Navigating the broad “river of anarchy,” from Taoism to Situationism, from anarcho-syndicalists to anarcha-feminists, this volume is an authoritative and lively study of a widely misunderstood subject.

Navigating the broad “river of anarchy,” from Taoism to Situationism, from Ranters to Punk rockers, from individualists to communists, from anarcho-syndicalists to anarcha-feminists, Demanding the Impossible is an authoritative and lively study of a widely misunderstood subject. It explores the key anarchist concepts of society and the state, freedom and equality, authority and power, and investigates the successes and failure of the anarchist movements throughout the world. While remaining sympathetic to anarchism, it presents a balanced and critical account. It covers not only the classic anarchist thinkers, such as Godwin, Proudhon, Bakunin, Kropotkin, Reclus and Emma Goldman, but also other libertarian figures, such as Nietzsche, Camus, Gandhi, Foucault and Chomsky. No other book on anarchism covers so much so incisively.

In this updated edition, a new epilogue examines the most recent developments, including “post-anarchism” and “anarcho-primitivism” as well as the anarchist contribution to the peace, green and Global Justice movements.

Demanding the Impossible is essential reading for anyone wishing to understand what anarchists stand for and what they have achieved. It will also appeal to those who want to discover how anarchism offers an inspiring and original body of ideas and practices which is more relevant than ever in the twenty-first century.

Peter Marshall is a philosopher, historian, biographer, travel writer and poet. He has written fifteen highly acclaimed books which are being translated into fourteen different languages. His circumnavigation of Africa was made into a 6-part TV series and his voyage around Ireland into a BBC Radio series. He has written articles and reviews for many national newspapers and journals.