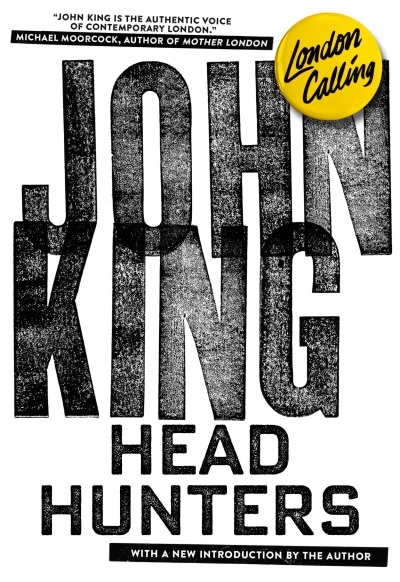 Headhunters is the story of five friends. Of London, rooted in its streets, workplaces, pubs and music, but a parallel society exists, where the planet’s wealthy are able to buy and sell whatever they like.

Headhunters is the story of five friends. Carter USM is a live wire who lives on the edge and tries not to think too much; Mango can’t stop thinking, has made money but is weighed down by family tragedy; Harry is a beer-lover and dreamer; Balti is his drinking partner, out of work and hoping for a fresh start; while Will is the quiet romantic, a voice of reason as the lives of the others become increasingly chaotic and veer towards disaster.

Headhunters is also a story of London. The novel is rooted in its streets, workplaces, pubs and music, but a parallel society exists, where the planet’s wealthy are able to buy and sell whatever they like. This is a world from which the Londoners of this novel are excluded, resentment too often directed against their own kind. The Unity is the boys’ local pub and it is here that they form a tongue-in-cheek Sex Division to celebrate a new year. Based on the idea of a football league, the most Woman can offer Man is four points—unless she leaves her handbag unattended.

Carter is the Unstoppable Sex Machine and soon leads the table, while Mango breaks the rules and buys success. Harry and Balti are overweight and hard up, know they have little to offer apart from their personalities, turn to cold lager and hot curries instead of sex. Will falls in loves and retires. Recognition of the affinities between the sexes soon becomes clear. Background is more important than gender.

Headhunters mixes humor and longing as the real feelings of these men break through, moving beyond expectations. A missing brother, prophetic visions, genuine romance and a tit-for-tat confrontation draw the characters out into the open—revealing the individuals behind the words and their craving for respect. Events run out of control, but several happy endings seem possible.

About the Author:
John King is the author of eight novels to date. His first, The Football Factory, was an immediate word-of-mouth success and was subsequently turned into a high-profile film. Headhunters, England Away, Human Punk, White Trash, Skinheads, The Prison House, and The Liberal Politics of Adolf Hitler followed. His stories reflect his cultural interests—particularly music, pubs and youth cultures—while challenging a range of stereotypes that are often accepted by the established political factions. Common themes are powerlessness and enemy-creation, the contradictions found in every walk of life. Before becoming an author King worked at a variety of jobs and spent two years travelling around the world in the late 1980s. He has long been associated with fanzines, writing for various titles over the years and running Two Sevens in the early 1990s. He publishes and edits Verbal, a fiction-based publication. He is currently working on an animal-rights story, Slaughterhouse Prayer. He lives in London.