View basket “Liberating Sápmi: Indigenous Resistance in Europe’s Far North” has been added to your basket. 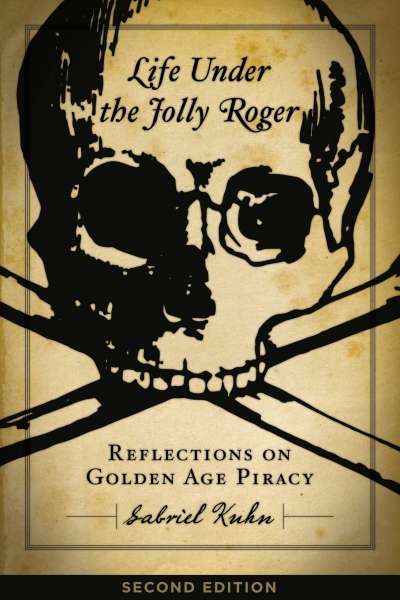 Life Under the Jolly Roger: Reflections on Golden Age Piracy

written by Gabriel Kuhn
Life Under the Jolly Roger examines the political and cultural significance of these nomadic outlaws by relating historical accounts to a wide range of theoretical concepts.

Over the last couple of decades, an ideological battle has raged over the political legacy and cultural symbolism of the “golden age” pirates who roamed the seas between the Caribbean Islands and the Indian Ocean from roughly 1690 to 1725. They are depicted as romanticized villains on the one hand and as genuine social rebels on the other. Life Under the Jolly Roger examines the political and cultural significance of these nomadic outlaws by relating historical accounts to a wide range of theoretical concepts—reaching from Marshall Sahlins and Pierre Clastres to Mao Zedong and Eric J. Hobsbawm via Friedrich Nietzsche and Michel Foucault. With daring theoretical speculation and passionate, respectful inquiry, Gabriel Kuhn skillfully contextualizes and analyzes the meanings of race, gender, sexuality, and disability in golden age pirate communities, while also surveying the breathtaking array of pirates’ forms of organization, economy, and ethics.

Life Under the Jolly Roger also provides an extensive catalog of scholarly references for the academic reader. Yet this delightful and engaging study is written in language that is wholly accessible for a wide audience.

This expanded second edition includes two new prefaces and an appendix with interviews about contemporary piracy, the ongoing fascination with pirate imagery, and the thorny issue of colonial implications in the romanticization of pirates.