View basket “Miracles Ain’t What They Used to Be” has been added to your basket. 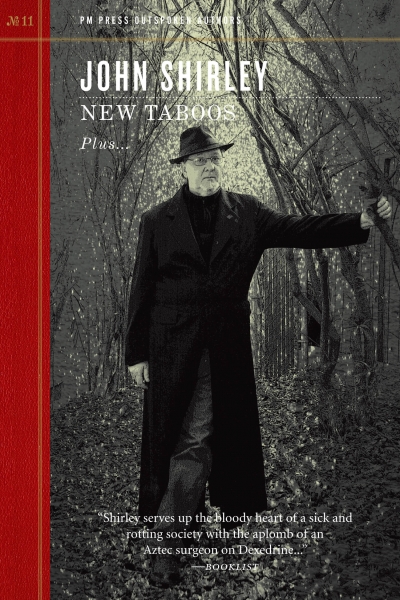 A mix of outlaw humor, SF, and cutting social criticism; a radical revisioning of America, a horrifying and hilarious look at the prison industry, the 1% getting their comeuppance, and a contrarian view of the next forty years.

Mixing outlaw humour, SF adventure, and cutting social criticism, Shirley draws upon his entire arsenal of narrative and commentary. The title essay, “New Taboos” is his prescription for a radical revisioning of America. A new novella, A State of Imprisonment, is a horrifying and grimly hilarious look at the privatization of the prison industry. “Why We Need Forty Years of Hell,” Shirley’s 2011 TEDx address, presents his proudly contrarian view of the near future.

About the Author:
John Shirley is one of the original “Dread Lords” of Cyberpunk who brought a new noir sensibility to SF and Fantasy in the nineties. Still associated with his literary compatriots Gibson, Rucker, and Sterling, Shirley has expanded his work into comics, film, TV, and music, bringing his legions of fans along with him.

John Shirley is the author of numerous books and many, many short stories. His novels include Bleak History, Crawlers, Demons, In Darkness Waiting, and seminal cyberpunk works City Come A-Walkin’ as well as the A Song Called Youth trilogy of Eclipse, Eclipse Penumbra, and Eclipse Corona. His collections include the Bram Stoker and International Horror Guild award-winning Black Butterflies, Living Shadows: Stories New & Pre-owned, and In Extremis: The Most Extreme Short Stories of John Shirley. He also writes for screen (The Crow) and television. As a musician Shirley has fronted his own bands and written lyrics for Blue Öyster Cult and others.