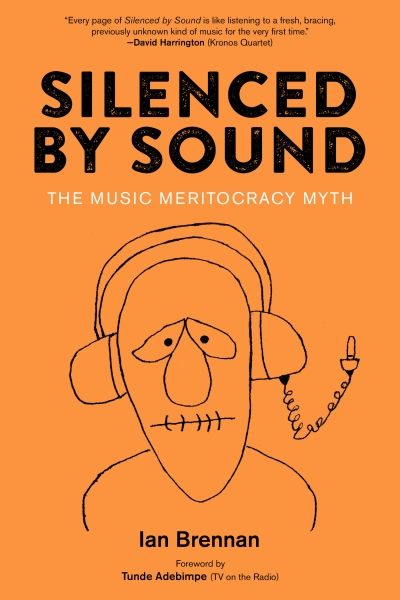 Ian Brennan
A powerful exploration of the challenges facing art, music, and media in the digital era.

Popular culture has woven itself into the social fabric of our lives, penetrating people’s homes and haunting their psyches through images and earworm hooks. Justice, at most levels, is something the average citizen may have little influence upon, leaving us feeling helpless and complacent. But pop music is a neglected arena where concrete change can occur—by exercising active and thoughtful choices to reject the low-hanging, omnipresent corporate fruit, we begin to rebalance the world, one engaged listener at a time.

Silenced by Sound: The Music Meritocracy Myth is a powerful exploration of the challenges facing art, music, and media in the digital era. With his fifth book, producer, activist, and author Ian Brennan delves deep into his personal story to address the inequity of distribution in the arts globally. Brennan challenges music industry tycoons by skillfully demonstrating that there are millions of talented people around the world far more gifted than the superstars for whom billions of dollars are spent to promote the delusion that they have been blessed with unique genius.

We are invited to accompany the author on his travels, finding and recording music from some of the world’s most marginalized peoples. In the breathtaking range of this book, our preconceived notions of art are challenged by musicians from South Sudan to Kosovo, as Brennan lucidly details his experiences recording music by the Tanzania Albinism Collective, the Zomba Prison Project, a “witch camp” in Ghana, the Vietnamese war veterans of Hanoi Masters, the Malawi Mouse Boys, the Canary Island whistlers, genocide survivors in both Cambodia and Rwanda, and more.

Silenced by Sound is defined by muscular, terse, and poetic verse, and a nonlinear format rife with how-to tips and anecdotes. The narrative is driven and made corporeal via the author’s ongoing field-recording chronicles, his memoir-like reveries, and the striking photographs that accompany these projects.

After reading it, you’ll never hear quite the same again.