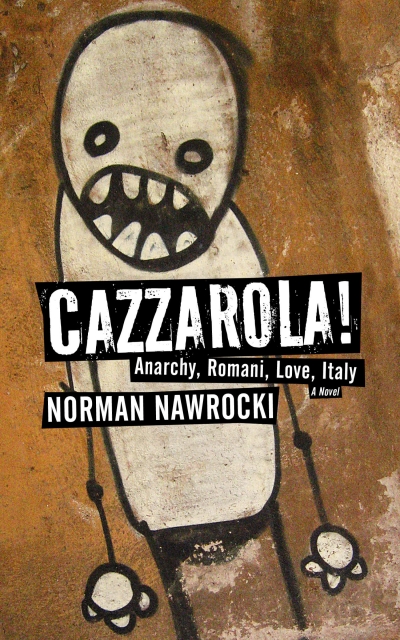 Cazzarola! is a gripping, epic, political, historical, and romantic novel of Italian anarchists and Romani refugees.

Cazzarola! is a gripping, epic, political, historical, and romantic novel spanning 130 years in the life of the Discordias, a fictional family of Italian anarchists. It details the family’s heroic, multigenerational resistance to fascism in Italy and their ongoing involvement in the anarchist movement. From early 20th-century factory strikes and occupations, armed anarchist militias, and attempts on Mussolini’s life, to postwar student and labor protest, and confronting the newest wave of contemporary neofascist violence sweeping Europe, the Discordias navigate the decades of political, economic, and social turmoil. Against this historical backdrop, Antonio falls in love with Cinka, a proud but poverty-stricken Romani refugee from the “unwanted people,” without a country or home, forced to flee again and again searching for peace. Theirs becomes a life-changing and forbidden relationship. Both are forced to reevaluate their lives and contend with cultural taboos, xenophobia, and the violent persecution of Romani refugees in Italy today.

Norman Nawrocki is the author of several books of poetry and short stories. He’s also an internationally acclaimed cabaret artist, sex educator, actor, and musician, and has released over 50 albums. He teaches at Concordia University, about how to use the arts for community organizing and radical social change, gives workshops about “creative resistance,” and tours the world performing theatre, music, and cabaret. Cazzarola! is his first novel. He has written and performed a theatre piece based on the book and released an album-length soundtrack to accompany it.