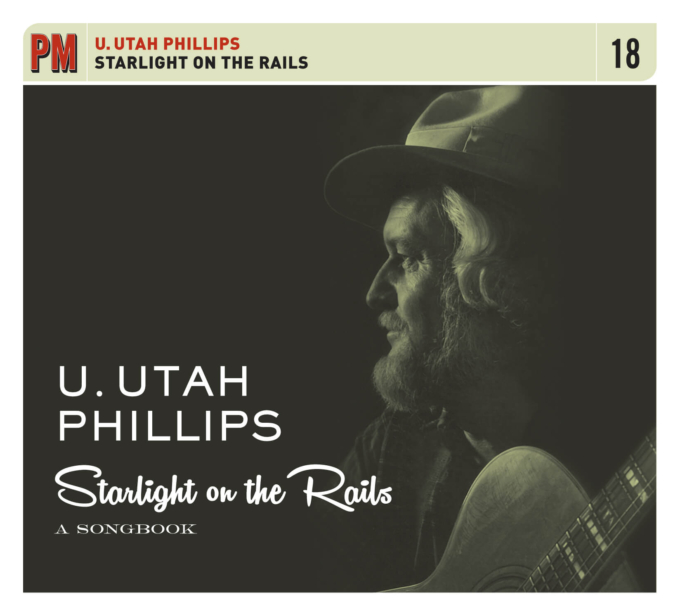 Starlight on the Rails: A Songbook (CD)

Utah Phillips
Starlight on the Rails is the most complete collection of Utah’s songs ever released. Spanning 30 years of studio, live, and unreleased recordings this set includes Utah’s reflections about each song.

Starlight on the Rails is the most complete collection of Utah Phillips’s songs ever released. Spanning 30 years of studio, live, and unreleased recordings from “The Golden Voice of the Great Southwest,“ this definitive set includes Utah’s personal reflections about each song. It also includes renditions of Utah’s songs by Kate Wolf, Rosalie Sorrels, and many others. Almost 5 hours on 4 CDs with a full-color 12-page booklet included. A must-have for any music collection.

About Utah Phillips:
Utah Phillips (1935–2008) was a labor organizer, folk singer, storyteller, poet and the “Golden Voice of the Great Southwest.“ He described the struggles of labor unions and the power of direct action, self-identifying as an anarchist. He often promoted the Industrial Workers of the World in his music, actions, and words.

See and hear artist interviews, reviews, and other news on the Artists’s Page coming soon.