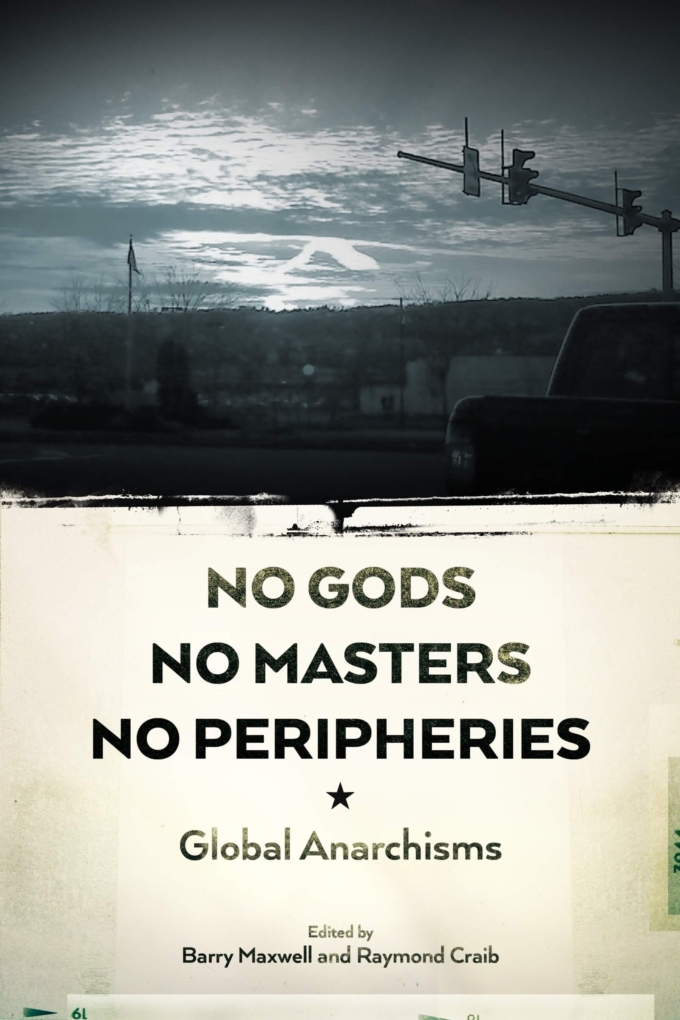 No Gods, No Masters, No Peripheries: Global Anarchisms

A collection of essays on the questions of geographical and political peripheries in anarchist theory.

Was anarchism in areas outside of Europe an import and a script to be mimicked? Was it perpetually at odds with other currents of the Left? The authors in this collection take up these questions of geographical and political peripheries. Building on recent research that has emphasized the plural origins of anarchist thought and practice, they reflect on the histories and cultures of the antistatist mutual aid movements of the last century beyond the boundaries of an artificially coherent Europe. At the same time, they reexamine the historical relationships between anarchism and communism without starting from the position of sectarian difference (Marxism versus anarchism). Rather, they look at how anarchism and communism intersected; how the insurgent Left could appearâand in fact wasâmuch more ecumenical, capacious, and eclectic than frequently portrayed; and reveal that such capaciousness is a hallmark of anarchist practice, which is prefigurative in its politics and antihierarchical and antidogmatic in its ethics.

âBroad in scope, generously ecumenical in outlook, bold in its attempt to tease apart the many threads and tensions of anarchism, this collection defies borders and category. These illuminating explorations in pan-anarchism provide a much-needed antidote to the myopic characterizations that bedevil the red and black.â
âSasha Lilley, author of Capital and Its Discontents

âThis wonderful collection challenges the privileging of Europe as the original and natural laboratory in which anti-statist ideas developed as well as the belief that anarchism and Communism could not intersect in fruitful ways. Drawing on non-Western locations (from Latin America, the Middle East, North Africa, and South Asia) its authors demonstrate how antiauthoritarian movements engaged with both local and global currents to construct a new emancipatory politicsâproving that anarchy and anarchism have always been global.â
âBarry Carr, La Trobe University

âThis magnificent collection of essays coincides with an awakening of interest in global anarchism. A quirky, exciting, and imaginative collection, No Gods, No Masters, No Peripheries is bound to become a cornerstone of reference for activists and academics.â
âAndrej Grubacic, chair of the Anthropology and Social Change Department at the California Institute of Integral Studies

âRanging from Kabylie to Oakland, Cairo to Peru, and across the uneven span of a century and a half, these essays register an ongoing and collective effort to deprovincialise our image of anarchismâa movement long buried in clichÃ© and caricature by friends and enemies alike. In these pages, the reader will encounter some of the ways in which the dreams of the dead might dispel the nightmares that continue to plague the brains of the living.â
âAlberto Toscano, Reader in Critical Theory, Goldsmiths, University of London

Raymond Craib teaches in the Department of History at Cornell University. He is the author of Cartographic Mexico: A History of State Fixations and Fugitive Landscapes. Recent essays include âSedentary Anarchists,â in Bert Altena and Constance Bantman, eds., Reassessing the Transnational Turn: Scales of Analysis in Anarchist and Syndicalist Studies and âThe Firecracker Poet: Three Poems of JosÃ© Domingo GÃ³mez Rojasâ (with original translations of GÃ³mez Rojasâs poetry) in New Letters: A Magazine of Writing & Art.