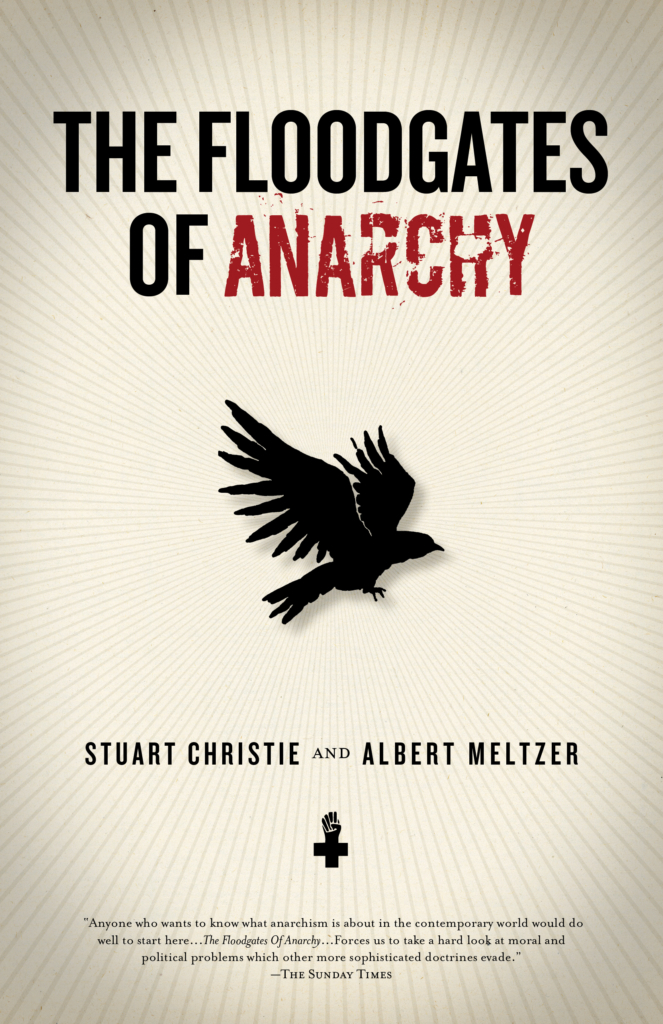 The Floodgates of Anarchy

Back in print and featuring a new foreword by the authors, this polemic approaches the subject of anarchism in relation to class struggle.

The floodgates holding back anarchy are constantly under strain. The liberal would ease the pressure by diverting some of the water; the conservative would shore up the dykes, the totalitarian would construct a stronger dam.

But is anarchy a destructive force? The absence of government may alarm the authoritarian, but is a liberated people really its own worst enemy–or is the true enemy of mankind, as the anarchists claim, the means by which he is governed? Without government the world could manage to end exploitation and war. Anarchy should not be confused with weak, divided or manifold government. As Christie and Meltzer point out, only with the total abolition of government can society develop in freedom.

“Anyone who wants to know what anarchism is about in the contemporary world would do well to start here. The Floodgates of Anarchy forces us to take a hard look at moral and political problems which other more sophisticated doctrines evade.” –The Sunday Times

“Coming from a position of uncompromising class struggle and a tradition that includes many of our exemplary anarchist militants Floodgates of Anarchy has a power and directness sadly missing from some contemporary anarchist writing. It is exciting to see it back in print, ready for a new generation to read.” –Barry Pateman, Associate Editor, The Emma Goldman Papers, University of California at Berkeley

Albert Meltzer (1920-1996) was born in London in 1920. Committed to anarchism from the age of fifteen, he engaged in rent and other strikes as well as the movement for workers’ councils. He was an amateur boxer, a bookseller, a print worker, an author and publisher of countless works on anarchism, but he was, above all a ‘torchbearer of international anarchism’ who fought, in theory and practice, for anarchism to be a living movement.