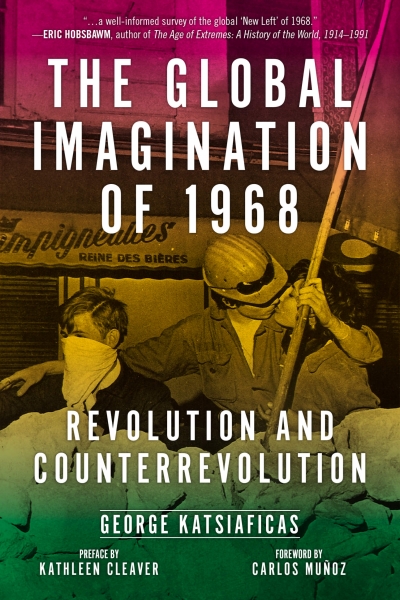 The Global Imagination of 1968

by George Katsiaficas
This book brings to life social movements of the 1960s, a period of world-historical struggles.

This book brings to life social movements of the 1960s, a period of world-historical struggles. With discussions of more than fifty countries, Katsiaficas articulates an understanding that is neither bounded by national and continental divides nor focused on “Great Men and Women.” Millions of people went into the streets, and their aspirations were remarkably similar. From the Prague revolt against Soviet communism to the French May uprising, the Vietnam Tet offensive, African anticolonial insurgencies, the civil rights movement, and campus eruptions in Latin America, Yugoslavia, the United States, and beyond, this book portrays the movements of the 1960s as intuitively tied together.

Student movements challenged authorities in almost every country, giving the insurgency a global character, and contemporary feminist, Latino, and gay liberation movements all came to life. A focus on the French general strike of May 1968 and the U.S. movement’s high point in 1970—from the May campus strike to the revolt in the military, workers’ wildcat strikes, the national women’s strike, the Chicano Moratorium, and the Black Panther Party’s Revolutionary Peoples’ Constitutional Convention in September—reveals the revolutionary aspirations of the insurgencies in the core of the world system. Despite the apparent failure of the movements of 1968, their profound influence on politics, culture, and social movements continues to be felt today. As globally synchronized uprisings occur with increasing frequency in the twenty-first century, the lessons of 1968 provide useful insights for future struggles.

Read chapters 5 and 6 from the original edition here.