View basket “London Peculiar and Other Nonfiction” has been added to your basket. 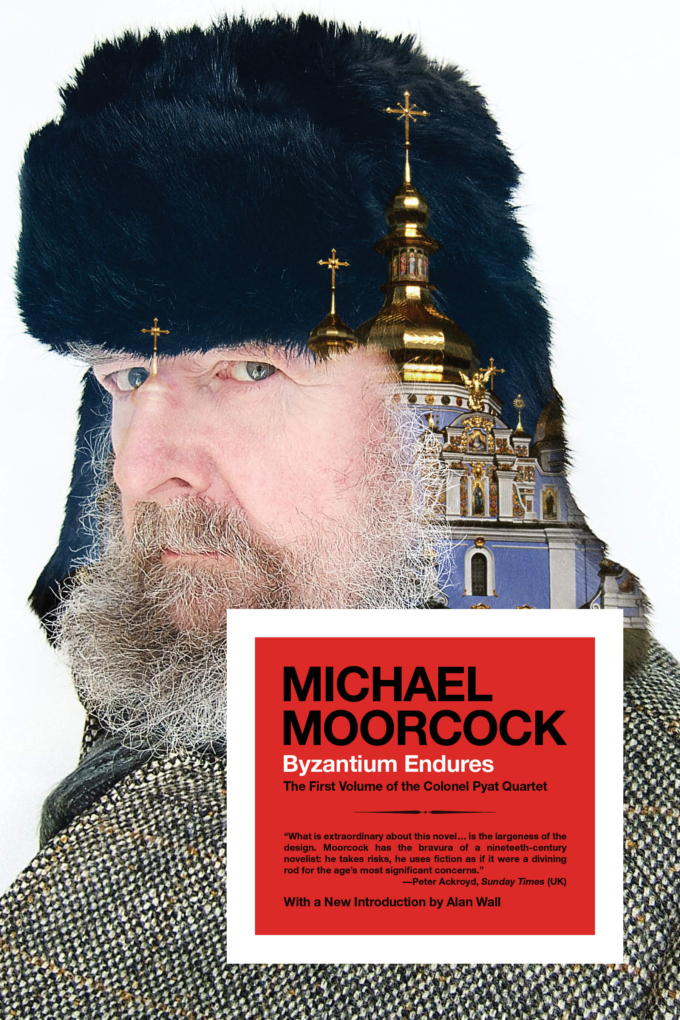 Byzantium Endures: The First Volume of the Colonel Pyat Quartet

Published in 1981 to great critical acclaim—then condemned to the shadows and unavailable in the U.S. for thirty years—Byzantium Endures, the first of the Pyat Quartet, is not a book for the faint-hearted. It’s the story of a cocaine addict, sexual adventurer, and obsessive anti-Semite whose epic journey from Leningrad to London connects him with scoundrels and heroes from Trotsky to Makhno, and whose career echoes that of the 20th century’s descent into Fascism and total war.

This is Moorcock at his audacious, iconoclastic best: a grand sweeping overview of the events of the last century, as revealed in the secret journals of modern literature’s most proudly unredeemable outlaw. This authoritative U.S. edition presents the author’s final cut, restoring previously forbidden passages and deleted scenes

About Michael Moorcock (Author):
Born in London in 1939, Michael Moorcock now lives in Texas. A prolific and award-winning writer with more than eighty works of fiction and nonfiction to his name, he is the creator of Elric, Jerry Cornelius, and Colonel Pyat amongst many other memorable characters.

About Alan Wall (Introduction):
Alan Wall is a novelist, short story writer, poet and essayist. His novels include Bless the Thief, The Lightning Cage, The School of Night, China, and Sylvie’s Riddle. He is currently Professor of Writing and Literature at the University of Chester.