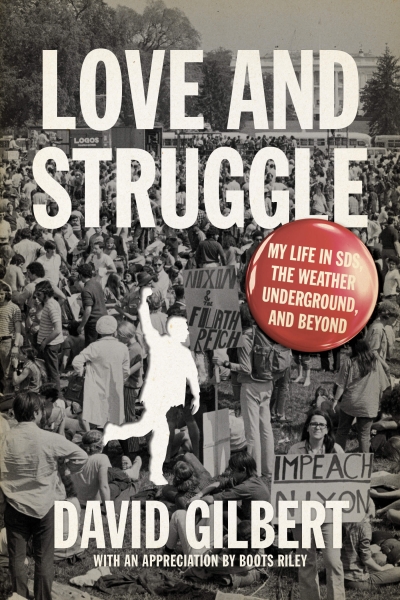 Love and Struggle: My Life in SDS, the Weather Underground, and Beyond

A candid, uncompromising, yet ultimately humane autobiography by arguably one of the most celebrated political prisoners in the world.

A nice Jewish boy from suburban Boston—hell, an Eagle Scout!—David Gilbert arrived at Columbia University just in time for the explosive Sixties. From the early anti-Vietnam War protests to the founding of SDS, from the Columbia Strike to the tragedy of the Townhouse, Gilbert was on the scene: as organizer, theoretician, and above all, activist. He was among the first militants who went underground to build the clandestine resistance to war and racism known as “Weatherman.” And he was among the last to emerge, in captivity, after the disaster of the 1981 Brink’s robbery, an attempted expropriation that resulted in four deaths and long prison terms. In this extraordinary memoir, written from the maximum-security prison where he has lived for almost thirty years, Gilbert tells the intensely personal story of his own Long March from liberal to radical to revolutionary.

Today a beloved and admired mentor to a new generation of activists, he assesses with rare humor, with an understanding stripped of illusions, and with uncommon candor the errors and advances, terrors and triumphs of the Sixties and beyond. It’s a battle that was far from won, but is still not lost: the struggle to build a new world, and the love that drives that effort. A cautionary tale and a how-to as well, Love and Struggle is a book as candid, uncompromising, and humane as its author.

About the Author:
One of America’s most celebrated political prisoners since his appearance in the Academy Award nominated film, The Weather Underground, David Gilbert is also the author of No Surrender, a book of essays on politics and history. He can be reached at NY’s Auburn Correctional Facility as 83-A-6158.

About Boots Riley (foreword):
A popular leader in the progressive struggle for radical change through culture, Boots Riley is best known as the leader of The Coup, the seminal hip-hop group from Oakland, CA. Billboard Magazine declared the group “the best hip-hop act of the past decade.” Riley recently teamed with Tom Morello (of Rage Against the Machine) to form the revolutionary new group, Street Sweeper Social Club.